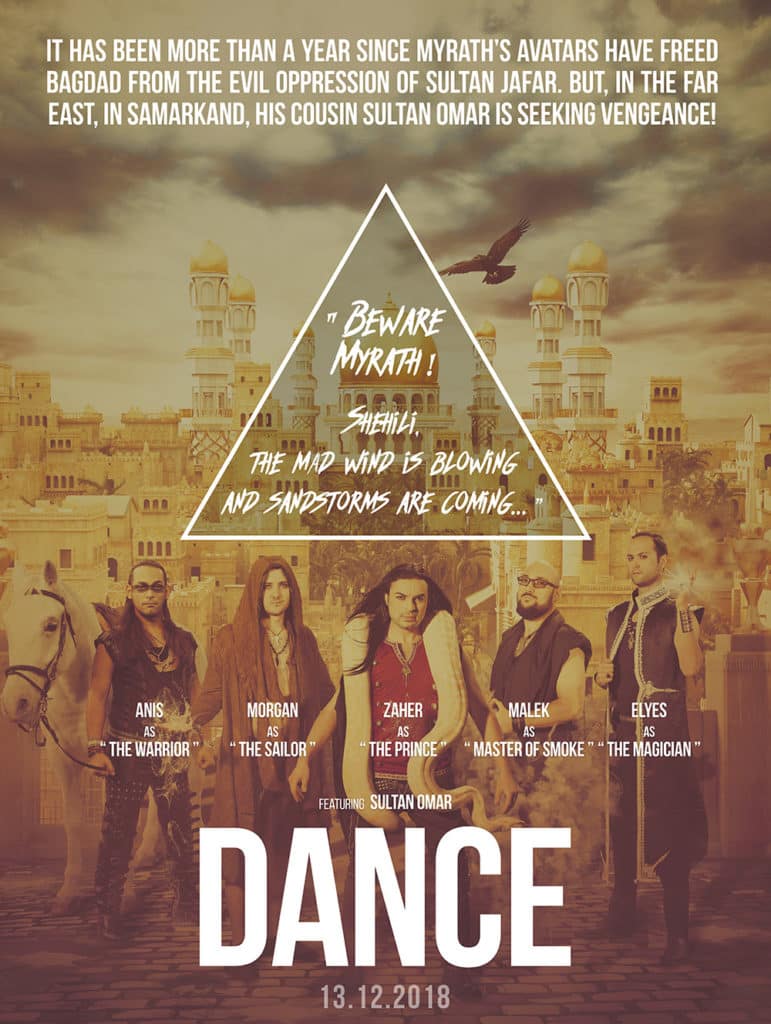 Once upon a time… there were Tales.

Fairy tales were always used to amaze, mesmerize but also to delight people by saying things about real life that can’t be said otherwise.

In this tradition, the most successful Metal band from the orient, MYRATH has created a Fantasy Land, inspired by Arabian Nights Tales to talk about their life in the post Jasmin Tunisian Revolution, epicenter of a movement

which has changed the world.

Following their 10 million cumulated views last video “Believer”, “Dance” is the second episode of an epic trilogy full of magic, stunts, and iconic characters as the sailor, the genius, the warrior, the magician and the poor who becomes Prince.